For each of the Legacy Surveys (BASS, DECaLS and MzLS) each position in the sky (minus some small filling factor) was designed to be observed in three "passes" in each of three filters (\(g\), \(r\), \(z\)). The passes were observed according to the following criteria:

In addition to observations carried out as part of the DESI Legacy Imaging Surveys, data releases include reductions of data from other programs that overlap the footprint of the Legacy Surveys. This adds imaging in other bands beyond the originally intended \(grz\) coverage. For example, substantial coverage in \(i\) was included as part of Data Release 10 (DR10).

The figures below depict the (\(g\), \(r\), \(i\), \(z\)) status of the DESI Legacy Imaging Surveys as of DR10. The coverage is color-coded by (extinction-corrected) depth. As DR10 only added new data in the southern footprint of the Legacy Surveys, exposures from DR9 have been added to illustrate the northern coverage. 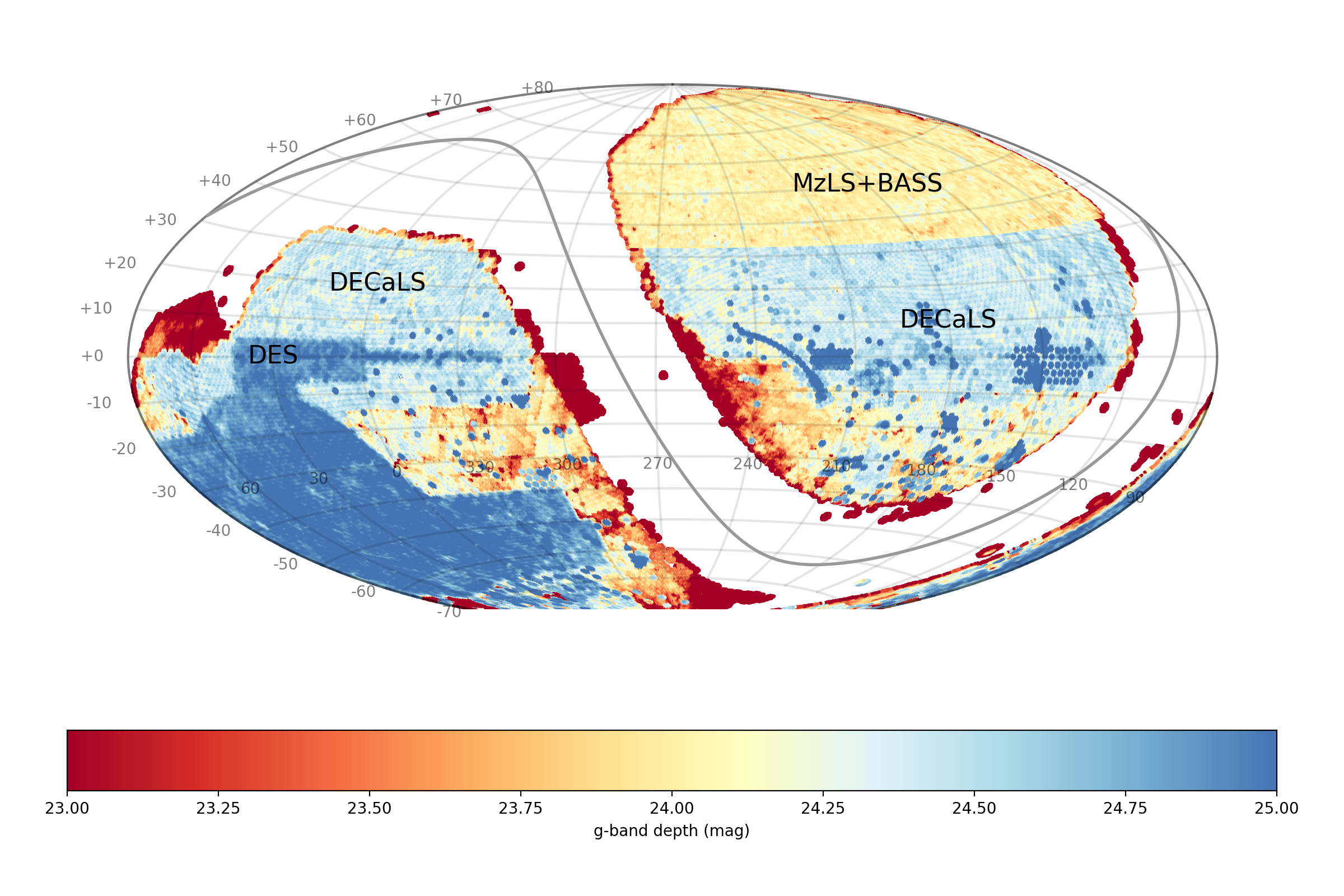 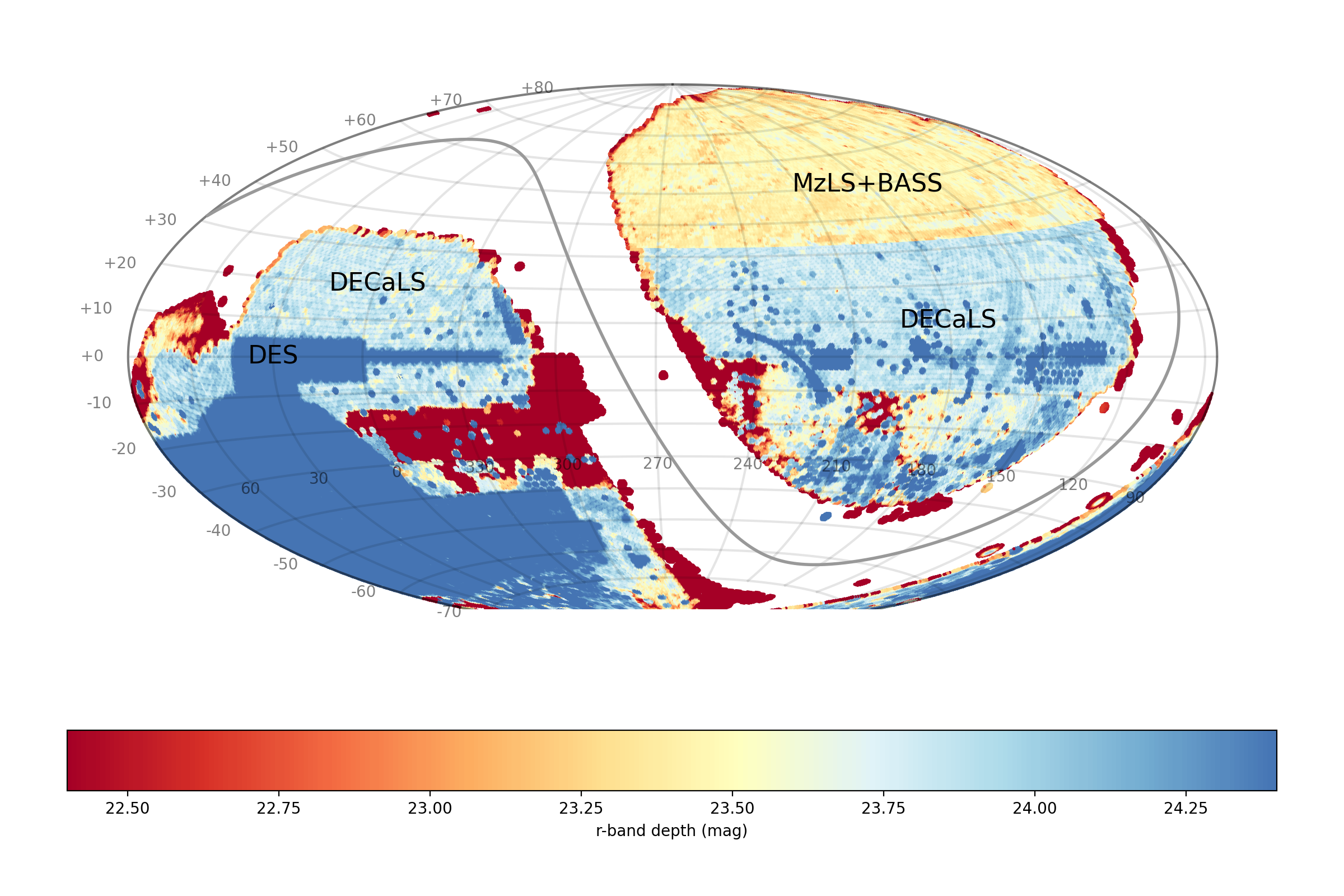 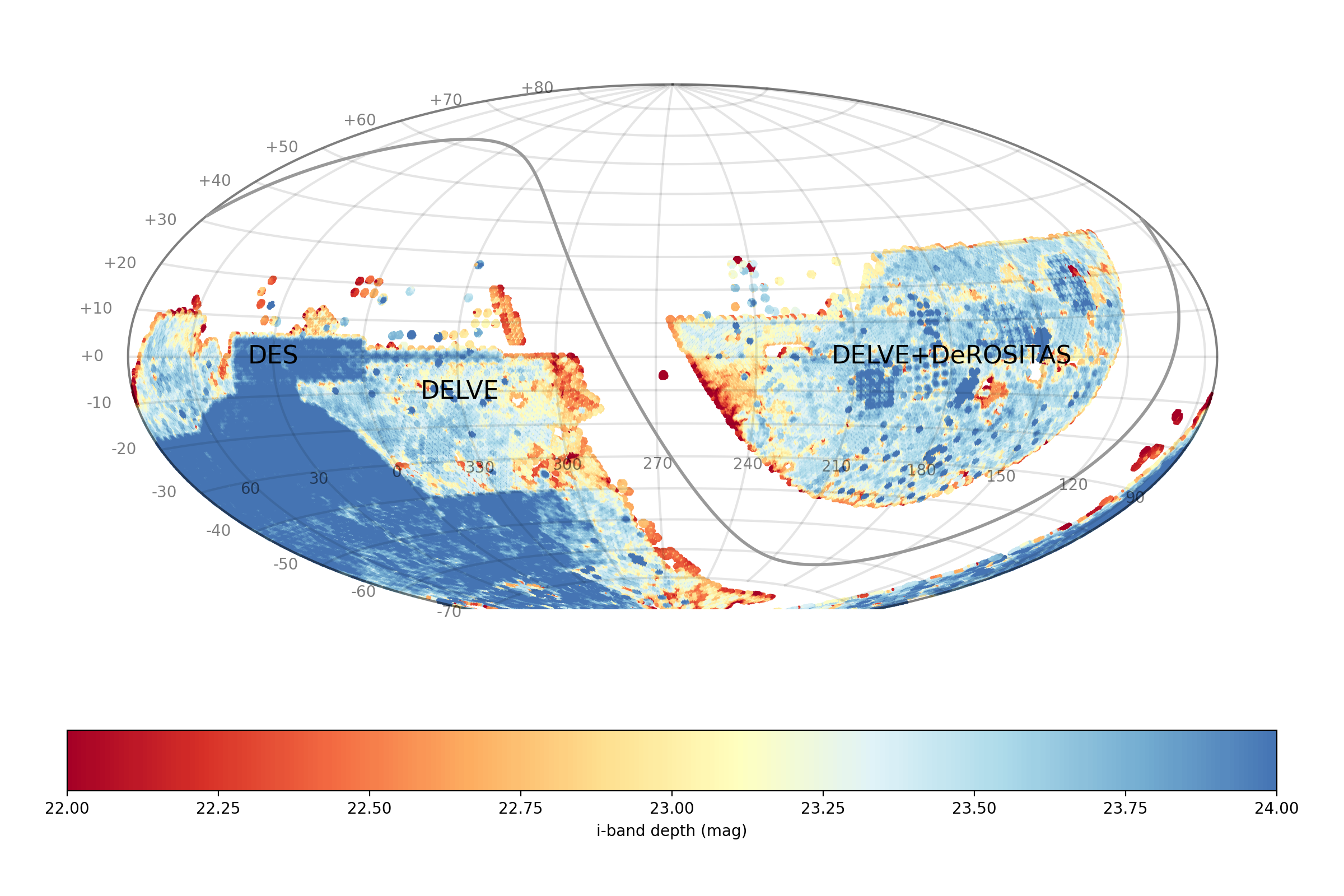 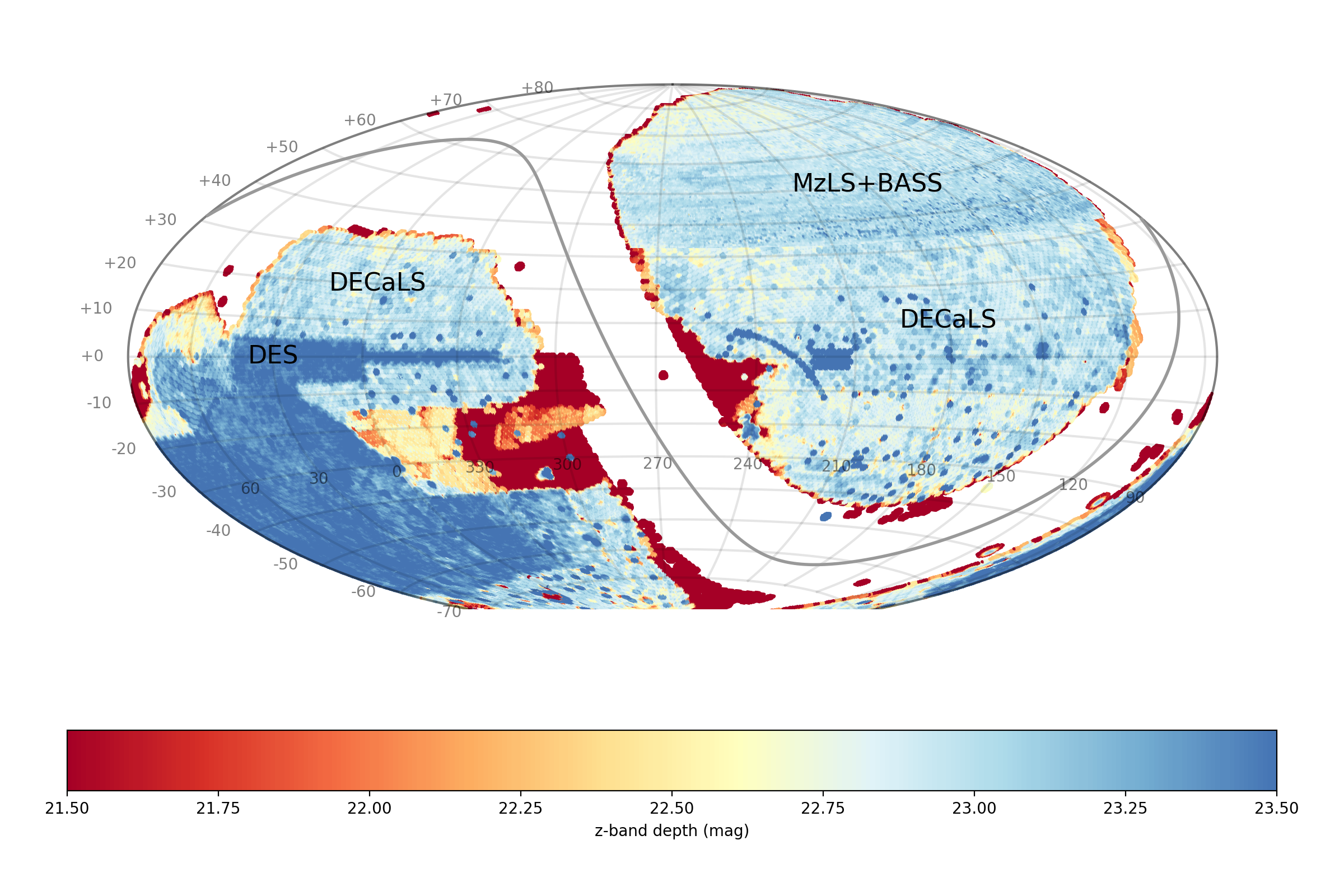